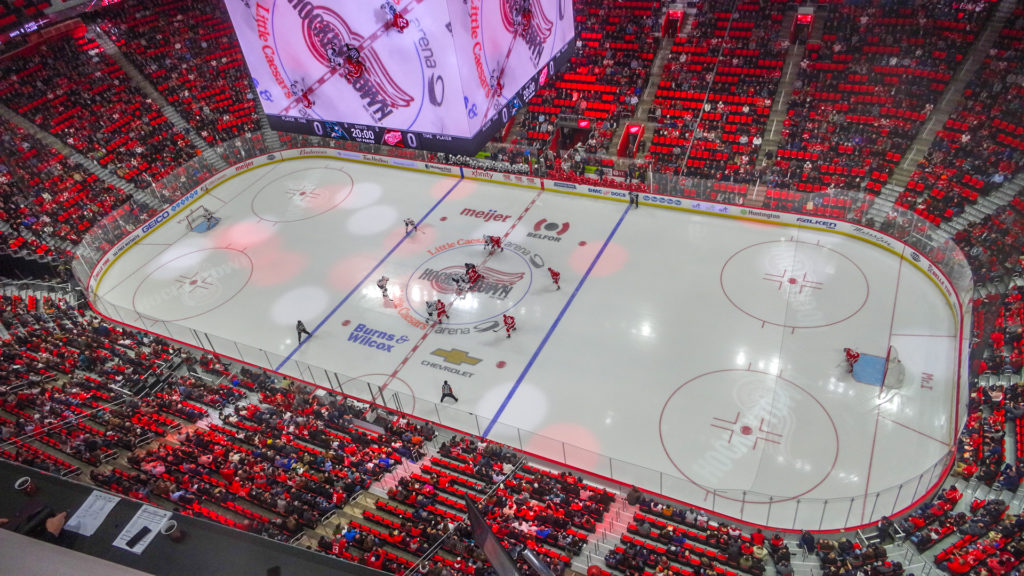 Though not a universal arrangement in markets with teams in both leagues, shared NHL-NBA arenas are still somewhat common. For the 2018-19 seasons in both leagues, there are 11 total shared arenas— but that number is likely to go down in coming years.

Indeed, we’re seeing in these instances the advantages to a single ownership group for two teams and either ownership or management of the arena. On the operations side, there’s less redundancy, and a shared sales approach leads to smoother negotiations. While a few may change in the coming years, the majority of shared arenas are looking to be home to both leagues for years to come. We take a look at shared NBA and NHL arenas, in order of the years that they opened.

The fourth arena with the Madison Square Garden name, the venue has hosted both teams throughout its history. While other teams in the New York City region have sought their own venues (the Devils and Nets provide examples), the Rangers and Knicks are both owned by MSG and are therefore likely to play under the same roof for the foreseeable future.

Though the Bulls and Blackhawks operate under separate ownerships, the two organizations share ownership and operation of the arena under the United Center Joint Venture name. The two teams also have a long history of sharing a venue, going back to when the Bulls arrived at Chicago Stadium, the longtime home of the Blackhawks, in 1967.

It took years of planning before plans for a replacement to Boston Garden moved forward, culminating with the opening of what was then the FleetCenter in 1995. TD Garden is owned by Delaware North, whose chairman, Jeremy Jacobs, is the owner of the Bruins.

The shared arena concept has been the norm for these franchises for decades, as both clubs played in the Spectrum before the new arena opened in 1996. Wells Fargo Center is owned by Comcast Spectacor, the owner of the Flyers.

Privately financed by Abe Pollin, the venue celebrated its 20th anniversary last December. Both franchises were owned by Pollin at the time of the venue’s opening, and both teams—as well as Capital One Arena—are now under the ownership of Ted Leonsis’ Monumental Sports & Entertainment.

Both teams played at McNichols Sports Arena before moving into this venue in 1999. Kroenke Sports & Entertainment owns and operates the facility, with Ann Walton Kroenke owning both teams.

Along with the Kings, the arena hosts Los Angeles’ two NBA franchises, making it one of the busiest venues in professional sports. The Clippers are currently pursuing a new arena in Inglewood, which could give them a new home when their Staples Center lease expires in 2024, but the Lakers and Kings figure to play there for the foreseeable future.

Scotiabank Arena (formerly Air Canada Centre) was initially envisioned as an NBA-specific venue, but those plans changed when Maple Leaf Sports and Entertainment (MLSE) purchased the team and the arena during its construction process. With the Maple Leafs playing at an aging Maple Leaf Gardens and their own arena plans faltering, MLSE opted to modify plans for the under-construction venue to accommodate both teams.

Barclays Center was originally designed and constructed for the Nets, with the Islanders arriving in 2015 after years of trying to replace the aging Nassau Veterans Memorial Coliseum. However, the venue’s hockey experience has been the subject of criticism from fans and players alike, and the Islanders are working to open a new Belmont Park arena in 2021.

When ground was broken for a new arena in 2014, it was only the Red Wings that were expected to move into the venue. The Pistons later announced in 2016 that they would leave the Palace of Auburn Hills to move into the arena when it opened in 2017. As a result, additions were made during the construction process to accommodate the NBA.